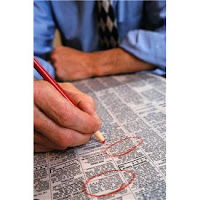 This marks one month of employment for my son Ben.  One full month! He loves his job.  He has an answer when people ask him “What do you do?” The increase in his energy and pride is thrilling. Really. Thrilling.

Do I worry, still? Hmmm. Well, let’s just say I’m keeping my eyes open for signs of stress. And simultaneously trying to stay grateful in each moment. I don’t call Ben to see if he has gotten up in time to go to work – but the thought occurs, several times a day. NAMI has taught me that letting go is part of what parents must do – all parents, actually, but it’s a more intense process when you’ve seen your child led into the mental hospital more than once. Letting go, slowly.  Learning to trust his abilities, slowly.  He has earned it.

Ben said yesterday that his manager told him he was hired because of his “great personality”:  friendly, “good with people.” Wow. What a long road to this place. I know who my son was before the illness (brilliant, charming, loving, funny); I also know how he was when in crisis (mostly unreachable).  To see Ben’s personality re-emerge – tentatively at first but more strongly now – is indescribable.

Schizophrenia and other mental illness symptoms come in two categories: Positive (added to personality) and Negative (taken away from the personality).  The latter is as heartbreaking as the former.
Ben’s current state of recovery is, I hope, inspiring; still, I know it would change in two days if treatment should stop.  So much more research is needed.So much more. For so many, like Ben, are waiting to come out from behind their voices.

Negative symptoms can be helped by certain medications. They can also sometimes respond to the other vital areas of treatment: community, love, purpose, patience, and the proper balance between challenge and reality. According to schizophrenia.com, a short summary of a list of negative symptoms are:

0 thoughts on “Schizophrenia and a “Great Personality” – possible? Yes!”