According to CNN, “Catherine Zeta-Jones, has checked herself into a mental health facility.
The actress, who has been by Douglas’ side since he was diagnosed with throat cancer last fall, is seeking treatment for bipolar II disorder, her rep confirms to CNN.”

There is an excellent link to an article on bipolar disorder here – and brava for Ms. Zeta-Jones for not only getting help, but for choosing not to keep it a secret.  This takes courage, class – and, I believe, a desire to help others by example.

As for Charlie Sheen – well, no one can diagnose from afar, but I sure would bet a cup of coffee on the fact that he, too, has bipolar disorder.  Just saying.  And, with acceptance and continued treatment, he could be back on Two and a Half  Men by the fall.  However – the road to acceptance is no short journey.
Some never make it.  Just read Dr. Xavier Amador’s book, I Am Not Sick I Don’t Need Help, to hear more about why.  He talks about schizophrenia, which is a thought disorder; bipolar is a mood disorder, and that makes for many differences.  With my son Ben’s schizophrenia, there is no moment when his eyes shine with his full personality the way they used to before his illness developed; With bipolar disorder, there is often a precarious period during which the highs seemed tempered by the lows. As I sometimes say to the members of a NAMI Family-to-Family class when I teach about the different illnesses, “at least with bipolar you get to be charming part of the time.”  It gets a laugh – a painful laugh. But still.  Hence, Charlie Sheen’s wonderful timing in comic performances – and his outlandish hubris on his live tour.

However, there are similarities as well in thought vs. mood disorders. Psychosis is psychosis, and it’s hard to diagnose a speeding train. 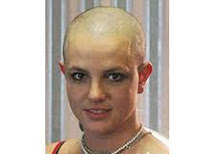 Britney Spears – remember the shaved head? Recall how her father finally took control and became legal co-conservator? See how well she seems to be doing now? That is so wonderful to see; still, in interviews promoting her latest CD, I see no reference to what really seems like a bout with bipolar disorder.  Is it her family’s right to keep this all private? Absolutely. But I can’t help but imagine how many young people would be helped if Britney were to talk openly about her struggles, and if she was helped by treatment: medication, family involvement, therapy. So many college students suffer from depression and – more importantly – do not seek help because of shame.

Let’s get shame in mental illness out of the closet and kick its butt. Being open about treatment is a great step towards that acceptance.  Wishing Catherine Zeta-Jones and her family lots of love, and the same empathy and applause her husband Michael Douglas got when he publicly dealt with cancer.